It happens in an instant. One day, as you are peacefully driving to work or running some errands, you are hit by another car. After feeling shocked at what just happened, you may be overwhelmed trying to figure out what comes next. You may find that, although the accident was minor, the other party is behaving aggressively, accusing you of causing the crash. If there are no witnesses to backup your story, it may become a case of your word against the other driver’s. Ultimately, you may have to work with a car accident lawyer in Kansas City to file a claim against the other driver but what should you do now? Your cell phone may be a good way to start, let’s see how. 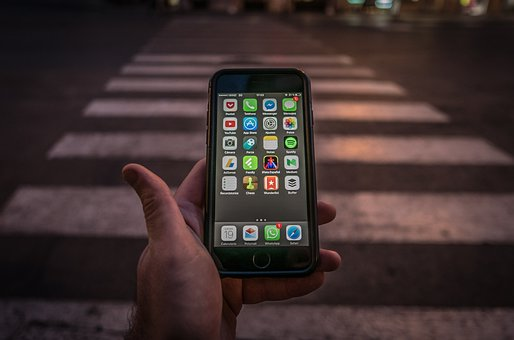 How Your Cell Phone Can Help

Cell phones are equipped with a very reliable camera that can help you with both pictures and videos of the accident scene. Here are some ways in which the camera in your cell phone can help you document the scene:

When you work with a car accident attorney to recover the damages caused by the party at fault, this evidence will be invaluable in proving that liability lies with the other driver. Other important actions you can take to preserve your legal rights include:

Do Not Leave the Scene

Even if the accident was minor, the law says that you must remain at the scene of the collision until the authorities arrive. Call the police and report the accident. They will arrive and prepare a police report which will be useful both for your attorney and for the insurance company. Answer their questions courteously but avoid saying anything that may end up incriminating yourself.

Exchange Information With the Other Driver

Providing you are not the victim of a hit-and-run, the other driver should also be at the scene. Get their contact information as well as their driver’s license number and insurance information. Write down their car’s make, model, and license plate number.

If there are any witnesses, ask them if they would be willing to let you record their testimony. Also, get their contact information should you need to reach out to them in the future after you file a claim.

Get a Medical Checkup

Many victims of minor accidents do not think about getting a medical checkup after being in an accident. However, it is quite common for some injuries to be difficult to diagnose unless you are seen by a professional. Other injuries may take time to appear and it is important for your doctor to schedule you for a follow-up visit some days after the accident to make sure you have not developed whiplash or any other condition.

It is important to let your insurance company know about the accident as soon as it happens. They will also want a copy of the police report and of your medical records indicating a relationship between the accident and your injuries. Avoid signing any documents from the insurance company indicating that you are satisfied with the amount they are offering until you talk to your car accident attorney and they have a chance to review what you are being asked to sign. Your attorney may discover that the amount that you are being offered is insufficient to cover the costs you have incurred such as the damage to your car and any medical treatment you may need. Having an expert negotiator by your side at this time can truly be priceless.