If the police pull you over on suspicion that you have been drinking, one of the ways they are able to confirm how much alcohol is in your blood is through a breathalyzer test. If you know you had been drinking before you got behind the wheel, you might be nervous about the possible consequences of this test and refuse to take it.

Although you have a right to refuse to take it according to the law, you should be aware that this is only one way that the authorities have to prove that you were driving while intoxicated. If this has happened to you and you have been charged with a DUI, your best course of action is to reach out to a DUI attorney who might be able to present a convincing argument to the authorities on your defense and help you fight to avoid this charge. 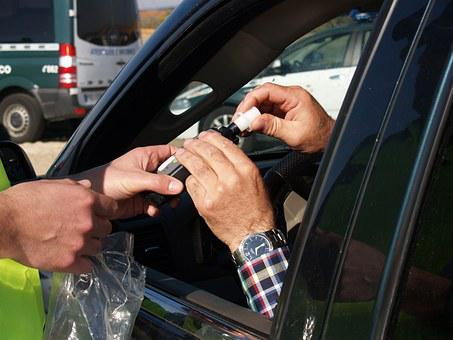 How can the authorities charge you with a DUI if you do not take a breathalyzer test?

Suppose you refuse to take the breathalyzer test. In that case, the authorities have several options to determine that your blood alcohol content is higher than it should be and that you are driving under the influence.

To begin with, they may give you a field sobriety test. This test is not optional and may give them enough information to determine whether you are sober or not. At this point, the police officer will also collect any other circumstantial evidence which they can use against you. They may search your vehicle and discover empty containers of alcohol or beer cans. If you say anything to the officer to defend yourself regarding your physical or mental condition or admit to “just having had a few”, this will also be used against you in court.

Field sobriety tests are easily applied on the spot to determine whether you are noticeably impaired. You will be observed, and your actions will be recorded. Among these tests, you may be given a Horizontal Gaze Nystagmus test, which measures the way your eyes jerk when they follow a pen that the officer moves back and forth, or the 30-second one-leg stand, or the nine-step walk and turn. Both of these tests are designed to measure your attention to instructions and your dexterity.

With enough information on hand, the police officer may request a warrant from a judge to have you take a blood or urine test at a specific location.

Consequences of Refusing to Take a Breathalyzer Test

One of the first consequences of refusing the breathalyzer test is that you will lose your license in most states. These states recognize that you accepted responsibility for taking this test when you signed your driver’s license application. This is known as an implied consent statement. Also, points will be added to your license.

Usually, you will lose your license for one year and get 2 points, and the fact that you refused to take the test will appear on your record for five years.

How a DUI Attorney Can Help You

If you have been arrested and charged with a DUI and refused to take a breathalyzer test, your best option is to hire a DUI attorney to help you fight for your rights and avoid the undesirable consequences of a DUI.

An experienced DUI lawyer can help you with many arguments. They may hold that alcohol takes between one and three hours to be absorbed into the bloodstream. This means that depending on when the test was performed, your blood alcohol content could turn out to be higher than it was when you were driving.

Your attorney may also argue that your blood test should be invalid, based on what method was used, when it was performed, and how the results were stored. The law states that there are certain requirements that must be met when it comes to collecting, storing, and analyzing blood samples. If these requirements were not followed in your case, your attorney could have the results thrown out.

They could also argue that the arresting officer did not have probable cause when you were pulled over or use several other arguments to defend you against a DUI charge.